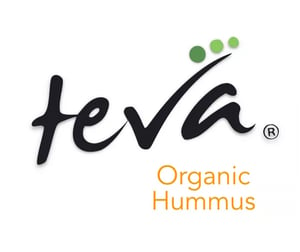 In 2016, the California Legislature passed two bills to combat workers' compensation fraud, AB 1244 and SB 1160. As a result of this legislation, per LC 4615, any lien and any accrual of interest related to the lien, are automatically stayed on the filing of criminal charges against a physician or provider for an offense involving fraud against the workers’ compensation system, medical billing fraud, insurance fraud or fraud against the Medicare or Medi-Cal programs.

LC 4615 originally had limited application because the WCAB held that the filing of criminal charges against a physician did not necessarily result in a stay of liens for an entire medical group.[1] So, in 2017, the Legislature passed AB 1422 to clean up this loophole.

Now, LC 4615(a)(1) also applies to "any entity controlled" by a criminally charged physician, practitioner or provider. LC 139.21(a)(3) states that "an entity is controlled by an individual if the individual is an officer or a director of the entity, or a shareholder with a 10 percent or greater interest in the entity." So the LC 4615 lien stay applies not only to liens filed directly by criminally charged providers, but also to entities over which they have control.

Nevertheless, it has been difficult to stay liens filed by entities. The WCAB has held that a defendant bears the burden of proving that an entity is controlled by a criminally charged provider for the purposes of an LC 4615 stay. It has held that being on the Department of Industrial Relations' list of liens potentially subject to a stay under LC 4615[2]does not automatically require a stay. So the WCAB generally has declined to impose a stay on an entity unless a defendant establishes control as defined by LC 139.21(a)(3).[3]

On March 8, 2019, the WCAB expanded the grounds on which a defendant could establish that an entity is controlled by a criminally charged provider. In Villanueva v. Teva Foods (2019) ADJ9332041, the WCAB issued a significant panel decision holding that control under LC 139.21(a)(3) may be established with admissible evidence that the physician, practitioner or provider charged with a crime: (1) is or was an "officer or a director" of the entity; (2) is or was "a shareholder with a 10 percent or greater interest" in the entity; or (3) held de facto ownership of the entity or de facto control consistent with the rights and duties of an officer or director of the entity.

In that case, it was alleged that criminally charged providers Dr. Munir Uwaydah and Paul Turley controlled Firstline Health, Inc. (Firstline), and therefore, Firstline's liens were subject to a stay under LC 4615. Firstline, however, contended that as of Oct. 11, 2010, Dr. David Johnson was the sole owner of Firstline, and because Dr. Johnson was not charged with any crime, there were no grounds to impose an LC 4615 stay.

On the date of trial, the defendant introduced a signed declaration under penalty of perjury from Paul Turley (Turley Statement) indicating: (1) Dr. Uwaydah owned and controlled many companies and properties, including Firstline, even though other individuals were listed as the owners or they were supposedly corporations with managing board members; (2) this was all done intentionally so that Dr. Uwaydah could hide his ownership and his control from creditors, insurance investigators, government agencies and law enforcement; and (3) Dr. Uwaydah exercised absolute control over many companies, which included Firstline.

Villanueva's holding that control may be established by showing that a criminally charged provider had de facto ownership or control of an entity goes beyond the definition of "control" in LC 139.21(a)(3). The WCAB obviously felt it was necessary to stay liens when providers intentionally tried to hide their control of an entity in order to avoid consequences from law enforcement. It did not believe that criminally charged providers should be shielded from LC 4615 by their illegal efforts to conceal their control over an entity.

Villanueva doesn't necessarily make it easier for defendants to prove that an entity is controlled by a criminally charged provider. In that case, the defendant obtained a statement from Paul Turley that was made as part of a plea arrangement in a criminal case. It is difficult to imagine insurers and claims administrators normally being able to obtain such evidence on their own.

Nevertheless, if such evidence is obtained by a defendant, Villanueva requires it to be considered in determining whether an entity is controlled by a criminally charged provider, and thus whether the entity's liens should be stayed pursuant to LC 4615.